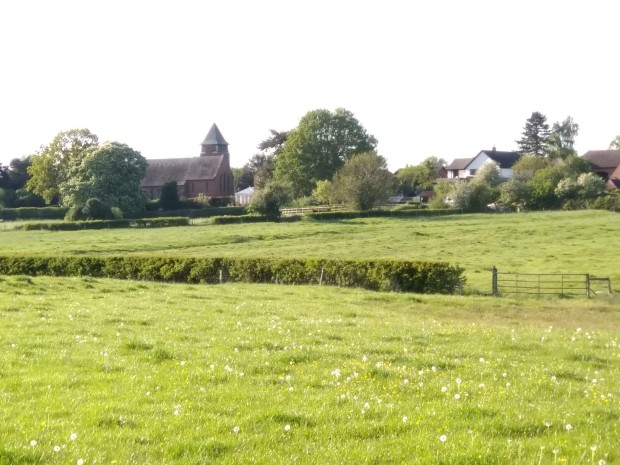 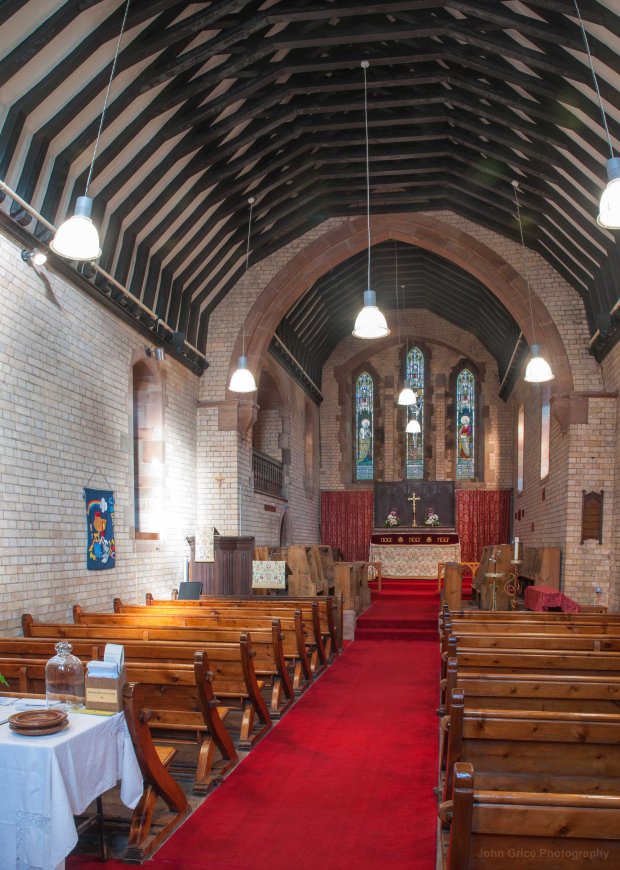 According to William de Malmesbury, prebendaries were established in Lichfield by Bishop Ethelwald in A.D. 822. Alrewas was one and included chapelries in Edingale, Kings Bromley and Pipe Ridware. The first mention of a chapel in Edingale is in 1191.

In 1324 records show Edingale as being served by the Vicar of Alrewas and a chaplain.

We have records of the priests serving in Edingale dating back to 1575.

We no longer have a Vicar or Curate to ourselves and in common with many rural communities have joint ministries, ours being the Mease Valley Parishes.

The current Church building was rebuilt on the site of possibly 3 or more previous structures. Built between June 1880 and February 1881 it was designed by Charles Lynam of Stoke on Trent and built by Youngs of Lincoln at a cost of £1, 910 with an additional £240 being spent on the clock and other items in 1884. The 2 bells are thought to have come from Croxall.
Two of the earlier buildings were of Saxon origin and elements of these had been incorporated in later buildings. A small Saxon window is still built into the vestry of the current building, and the Pulpit and Alter were retained. The previous structure dates from 1736 and elements of a previous church dating to about 1500 were included. There are photographic records in the William Salt Library which clearly show the construction of the two previous structures and some of these are reproduced in the book, ‘Edingale a parish in perspective’ produced for the Queens Golden Jubilee in 2002. A copy of the book and a picture of views of the village and adjacent Croxall were given to all residents and a copy of each are on view in the Church.

The present Church although being built in the same location of the previous structures is now seen as considerably larger. This is evidenced by the Alter being lengthened by several feet and the position of a raised grave on the south side of the nave shown in the early photographs.

There was also no evidence of the foundations of the old tower at the west end when we recently excavated for drainage works.
One of the likely reasons for the church being rebuilt in 1881 was due to the large church congregation created by the growth of Edingale. Sadly since that time church congregations have diminished.

In past times the now small village or hamlet of Croxall was larger than Edingale. In fact Edingale School was originally Croxall School as it is actually within the parish of Croxall on the 1843 Tithe map. The School House opened in 1820 precedes the current School opened in 1915. Prior to this the County boundary between Derbyshire and Staffordshire actually ran across the Edingale Churchyard, creating a situation where residents who died in the Croxall portion of what is now Edingale could be buried in their part of the churchyard, but their priest could not enter the Church to conduct a service without the permission of the Edingale priest.

The expansion of Edingale and the reduction of Croxall is believed to be due to an outbreak of the plague, possibly as early as the 1300’s. Lichfield was also severely hit by plague in 1593 and 1646 so this could well explain the current situation in the villages.

whose glory is around and within us:

open our eyes to your wonders,

that we may serve you with reverence

and know your peace at our lives’ end,

through Jesus Christ our Lord.